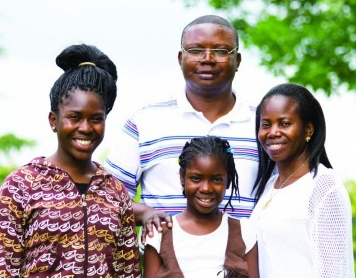 The Cry of Rebecca

Rebecca is a young, 25-year-old mother. Her parents are separated. She lived with her mother until the age of 11, when her mother passed away. Her uncle then cared for her until his death, 3 years later. The wife of her late uncle did not want her to live with them, and so, when Rebecca was 15 years old she was sent to her cousin who lives in Boma. Rebecca’s wish was to study, but her cousin didn’t want her to study so Rebecca was forced to prostitute for an income. Nine years later, she became pregnant and gave birth to a baby girl, who is now 8 months old. After giving birth, she struggled with breast feeding. She had no one to help her or give her guidance on what to do and this eventually developed a tumor. One of the ladies in our counseling group approached us and shared Rebecca’s story. Now Rebecca is part of our counseling team and we are helping her with medical treatments and follow up. Rebecca received Christ as Lord and Savior and is now attending a Pentecostal church. Please pray for her and her need for surgery.

Fatima, the daughter of an evangelical pastor, disappeared from her parents’ home. For two months, no one knew where she was. The police and other security services were informed, but no evidence was found. When we learned about this situation, we visited the pastor and her family on several occasions and prayed with them. Last month, the pastor received a call informing her that her daughter was found living with an insurgent who was insisting a ransom before freeing her. She was at the border between the DRC and Angola, 115 km from Boma, the city where we live. The city authority and the pastor’s family negotiated with the insurgent a ransom of $500 and they released Fatima. We, along with the community and Fatima’s family, praise God for bringing her back alive. Fatima received medical examinations and is participating in our counseling sessions.

Farming as a secure source of income in the DRC

After all their time spent in technical school, it is strange to see an electric engineer devoting his time to farming. This is a common occurrence in Boma. Boma does not have many companies that hire technically trained personnel, and the few companies that do, are closing. As a result, these highly trained individuals are turning to farming. Crops can feed a household and can be sold for income. The difficult part is finding good seeds and tools to work a large farm. Without the correct tools the operation is greatly reduced and the farmer is often only able to harvest enough to feed their household. Through Black Forest Lutheran Church’s special donation to farmers, we are helping a few farmers increase their harvest. Let us be encouraged and pray that God can provide and will increase their crops with the use of appropriate seeds and operational tools.

Written by the Rev. Dr. Didi Panzo.  For more information or to support the Panzo Family in mission sent by the World Mission Prayer League, please visit:  The Great Commission Society.