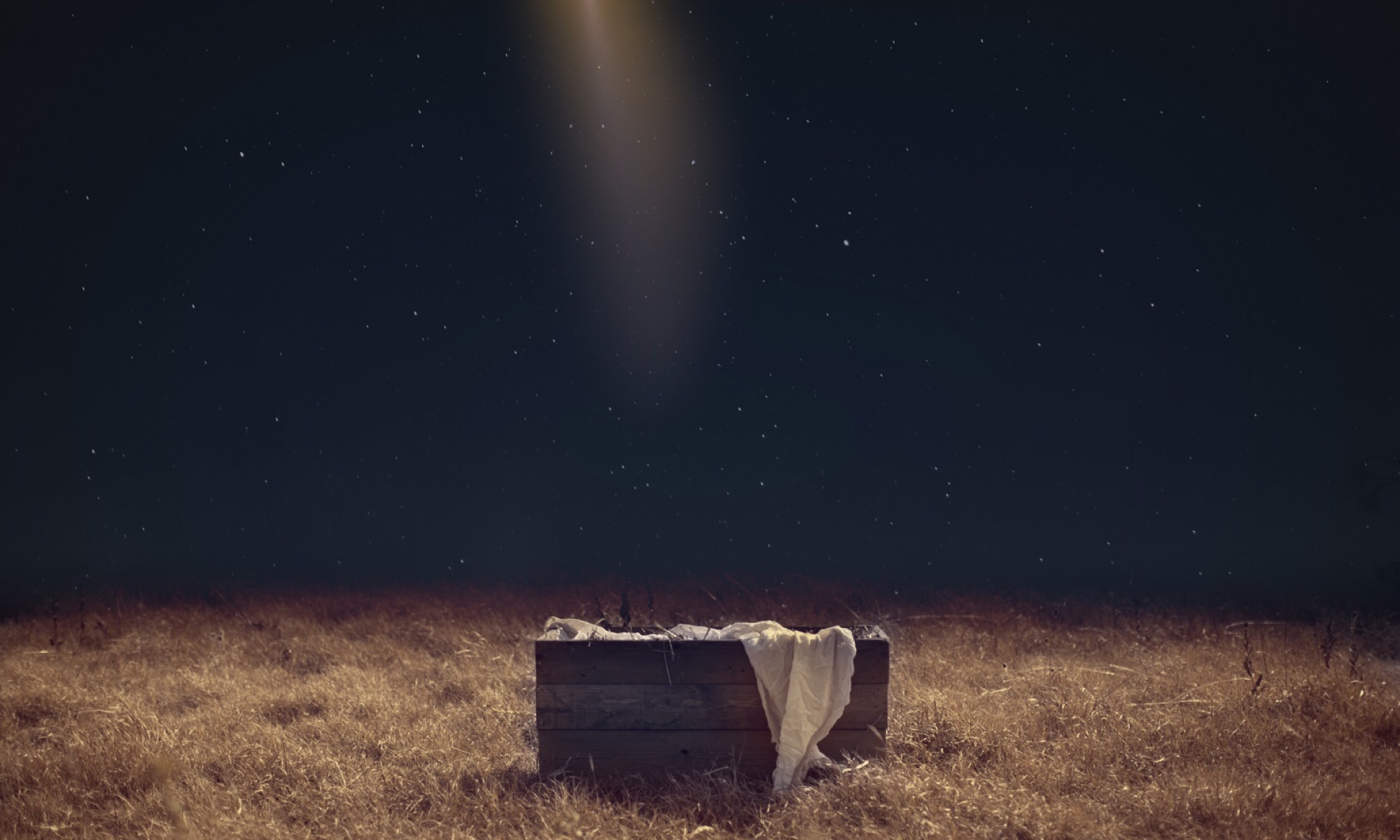 Martin Luther had much more to say about Mary, the mother of our Lord, than Joseph. Yet Luther gives thanks for this guardian of our Lord. He commends Joseph as a saint who strengthens our faith by his faithful obedience, his sacrificial love for Mary and his protective care for Jesus.

Some consider him “the silent partner” in the Christmas event, a mere passive observer, relegated to the background or scenery. He doesn’t have a line in the Christmas narrative. In fact, there are no words of Joseph recorded in Scripture.

There are many people in our congregations who seem to be silent and passive observers, longing to get through life by blending into the background. They often wonder, “Do I have any part to play in God’s redemptive plan of salvation in Christ Jesus?”

The answer is a profound “Yes” — for Joseph and for all those wondering about their part in the proclamation of the Gospel.

In the course of my ministry I must admit that I have falsely labeled people as “silent” and “passive.” Their lives only seemed to be that way in comparison to the cacophony of noise around us and the meaningless busyness that consumes our time and energy.

What I have discovered is that they are not silent, but quiet. They are not passive, but focused and intentional in their actions. I believe this is the nature of Joseph’s life and faith.

The quietness of people like Joseph is often overwhelmed by the noise of blaring Christmas music, concerts, television specials, parties, celebrations and unceasing commercials. Through all the noise, it can be difficult to hear the proclamation of a profound love, calling us to respond. Through all the sounds of this season, Joseph reminds us of how important it is to be quiet enough to hear God’s voice.

The obedient actions of people like Joseph seem insignificant when compared to the all-consuming busyness of shopping, preparing foods, hosting parties, scheduling events, baking, decorating, cleaning, traveling and caring for a host of other details.

There seems to be no time — even in Advent and Christmas — to focus on Jesus or being truly present with those we love. Through the harried pace of life in this season of the year, Joseph reminds us to be focused, intentional and obedient to Christ in our actions.

Yet the Gospel accounts remind us that God’s plan for the Incarnation, and Jesus’ birth, included Joseph from the beginning. Joseph is a faithful husband and a caring father. He is a man of faith who listens to God’s messages and then obeys God’s commands, trusting in God’s promises.

Joseph’s involvement begins with conflict and embarrassment. The woman he loves, but has not yet married, is pregnant. He has the right according to the law to register a complaint and have her executed for adultery.

Think of how difficult it was to explain this to family and friends. Yet Joseph is compassionate and decides to divorce her quietly — before the Lord intervenes.

In spite of public pressure to the contrary, Joseph stays with Mary, marries her and becomes Jesus’ guardian and father. This was because an angel told him to take Mary as his wife since her child was from the Holy Spirit.

Luther comments that “Joseph had nothing to go
by save the Word of God and he accepted it. A godless man would have said it was just a dream, but Joseph believed the Word of God and took unto him his wife. Thus, he is for us an emblem of faith and virtue.”

This situation must have produced a tremendous sense of loss for Joseph. This was not what he was hoping for. This was not his plan or expectation for life as a husband and father.

Profound loss can cause us to become quiet and focused. Scripture reminds us that Joseph’s moral dilemma about divorcing Mary was only the beginning of his sense of loss. Many difficulties and persecutions would follow.

In the Christmas season we are reminded of the evil rage of a paranoid King Herod who slaughtered innocent children and the weeping mothers who refused to be consoled. As Joseph listens, he hears the voice of alarming concern from an angel. There are military-like instructions, commands to flee to Egypt, protecting Jesus even when it meant becoming a refugee.

We even read of the experience that is a parent’s worst nightmare — to lose your child in the crowd. Luther considers how our Lord’s guardian let his guard down and lost track of Jesus. Luther writes that since Joseph “had received a solemn mandate to care for the child … it was a great fright and an especial heartache when they could not locate the child.” Luther goes on to write about what a painful three days they endured before locating him in the temple.

Often those we consider to be silent and passive are people who are grieving. They have experienced the same sense of loss and despair that Joseph experienced. Broken relationships, children who have wondered off, the experiences of children in tears and the lament of parents is all around us.

For many in this world the joy of Christmas stands in sharp contrast to their overwhelming sense of loss. Perhaps it is the place setting for Christmas dinner that remains empty as a son or a daughter has died or children whose lives were taken at the bomb blast of terrorists, children sold into sexual slavery, addicted to drugs, suffering from malnutrition, poverty, disease and other forms of exploitation.

What a contrast this is to the sounds of Christmas, but it is the sounds of the world around us. In such a world, it is easy to become silent and passive, overwhelmed and without hope.

The very thing I love about the Scriptures, I also hate. They are wonderfully true and painfully honest! So quickly the Bible moves from the celebration of Jesus’ birth to the stark reality of the world into which He was born — a world filled with suffering and pain, with grief, terrorism and despair, the abuse of power and the victimization of the innocent.

Keeping such passages so close together in our readings for worship during the Christmas season reminds me that Jesus came for a purpose! Jesus came to be with us in that suffering. Jesus came, not to remove our suffering, but to bear it with us!

Jesus entered a world in which there is uncertainty and death and He came to offer the certainty of His love and His glorious resurrection that overcomes death. In the Church Year, it isn’t much past Christmas before we see Jesus suffering and dying on the cross. It isn’t long after Christmas until we celebrate Lent, Holy Week and Easter.

It is impossible for Kristi and me to get through a Christmas without some measure of grief. There on our bedroom wall is our son Joshua’s last school picture, taken before he died. There are the ornaments he created that still make it to our tree, year after year. There is the hymn, “Away in a Manger” that was also sung at his funeral — “Be near me, Lord Jesus, I ask you to stay, close by me forever and love me I pray. Bless all the dear children in your tender care and fit us for heaven to live with you there.”

While there is always pain and grief, we also know that Jesus is here to face it with us. Because of Jesus’ resurrection we also know that Joshua is with Him forever as well. It is the cross and the empty tomb that proclaim the real joy and meaning of Christmas.

In all that followed the birth of Jesus, Luther considered Joseph and Mary to be missionaries under persecution. He writes: “There is no doubt that Mary and Joseph and perhaps others with them that had come to know the child were not silent while in Egypt over the great miracle which had occurred with this child. They preached and brought others to faith and salvation.”

Luther uses this episode of Mary and Joseph to teach about how the Church grows when it is under persecution — something Luther found comforting
during his day and which we can also appreciate today.

Even those who are quiet are not speechless. Even those who seem passive are willing to respond obediently. In the midst of all the sounds I hear from the world and the variety of sounds of life in the Church, I have learned from Joseph to be quiet enough to listen to God’s Word and to trust in His wisdom above all others. Amid a hectic schedule and the busyness of Christmas preparations, I have learned from Joseph to be focused, intentional and to obediently respond to Christ Jesus, proclaiming the truth and wonder of who He is and all that He has accomplished for us.

Ignoring God’s Word always puts us in great danger and on a pathway that leads to destruction. Joseph’s example calls us to faith. Being obedient to Jesus is the life of trust and faith. This is the very nature and meaning of discipleship — not a new law but the loving response of obedience, true faith! The example of Joseph’s life also reminds us to listen to what is happening around us. Hear the evil, the cries of those in need, the pain and the grief of those who have been wounded, terrorized and murdered so senselessly!

Joseph not only listened carefully but acted on God’s instructions. Joseph did exactly what God asked him to do. He didn’t wait until morning. He didn’t wait for better weather. He took immediate action.

Jesus said, “Blessed … are those who hear the Word of God and obey it” (Luke 11:28 NIV). In another place He said, “Now that you know these things, you will be blessed if you do them” (John 13:17 NIV). Through Joseph, God provided protection and care. It was obedience motivated out of faith and love of God that moved him to action.

God is still speaking through his word. God is still giving us ears to hear the cries of people in need in our community, city, state, and world. He is still expecting our faithful response through obedient action. Joseph is more important than we can imagine to this Christmas story, and his example should inspire and guide us even now!

May you find hope and direction for living by taking time this Christmas to be quiet enough to listen to God’s voice in His Word and respond with faithful obedience, taking every opportunity to tell His story!

With you following this One born in a manger in Bethlehem,