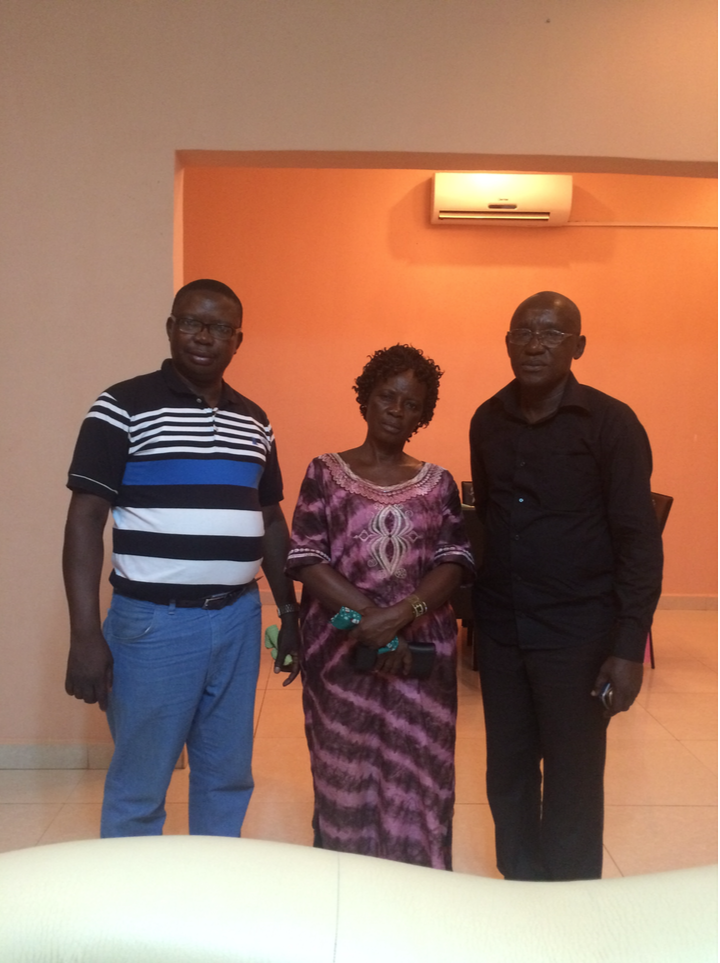 During the month of May, we had the opportunity to travel to the USA to celebrate the college graduation of our daughter, Nicole, who received a bachelor’s in accounting. It was a joyful time, as all my children and grandchildren came together for this occasion. Together we reflected on where we are as a family and what expectations we have for the future. We praised God for his great care of each family member.

Evil Spirit within a Family

Clara is 12 years old. Her mother is a widow and spends many hours away from their home working at a farm to provide for her children. While her mother is away, Clara’s uncle is in charge of her and her siblings. Clara is the second oldest of five children. Her older brother is 15 and is also rarely home.

Clara has become a victim of her dysfunctional family. She was sexually abused multiple times by her uncle and afraid to report the abuse to her mother. We were approached by a friend of Clara’s family who told us about their situation. We invited Clara to our house for dinner and asked her to tell us the truth about what was happening. She was a little reluctant and ashamed to say that she was sexually abused, but finally she shared with us and we learned that she was two months pregnant.  We contacted Clara’s mother, explained to her what was happening and then reported the case to the proper authorities.  Clara’s uncle was arrested and is facing justice, but we fear that corrupt officials may release him. We are helping to protect and counsel Clara’s family. Please pray for Miss Jeanne (Clara’s mother), Clara, and her four siblings.

Charlie is 14 years old. She is the firstborn of seven siblings. Charlie had to quit school due to a lack of financial resources. Her father works at a maritime company as a cleaner and her mother works at a farm. Charlie’s father is unable to manage and feed their household because he has not been paid for 18 months. He continues to work so that he does not lose his pension. Life is very hard for Charlie’s family, and none of the children go to school. Serafina found Charlie in our neighborhood and learned that she was dating older men, from the surrounding towns, to earn a little money to buy food for their household. Serafina was touched and saddened by her situation and invited Charlie into our home, where she began to teach her some necessary skills. Occasionally, Serafina provided Charlie with a few dollars to encourage her to stay off the streets. Now, Charlie is doing well and is learning how to make baby socks.

To God be the Glory

We met Mrs. Vicky in August of 2016.  We welcomed her into our home when she began to explain how she was suffering in her marriage. Her husband, Mr. Adelar, was very abusive. He beat her often and accused her of prostituting. His accusation was false; he was using it as a way to avoid his household responsibility. We engaged in dialogue with Mrs. Vicky to learn a little bit about their 22 years of marriage. She shared that the first five years of their marriage were heaven, but the last 17 years have been hell. Together, they have seven children: The first two are from an earlier informal marriage; one child is 19 years old and in high school, and the four youngest are in primary and secondary school. Mrs. Vicky and Mr. Adelar are both elementary school teachers. Their life doesn’t seem too bad, but their marriage lacks communication and mutual trust.

After listening to Mrs. Vicky, I engaged her in counseling sessions and Serafina was in biblical dialogue with her for over two months. One day, I asked Mrs. Vicky for permission to invite her husband to talk to us. Without hesitation, she agreed and we invited him to join us. Talking with Mr. Adelar was not easy; he was very defensive and tried to make Vicky look like the culprit. After talking with him several times, he now understands that he is the one causing the disturbance within their family, and he asked Mrs. Vicky for forgiveness. They reconciled and have decided to renew their marriage vows. Mrs. Vicky is happy now, as she has regained her dignity as a wife and mother. Please continue to hold them in your prayers.

For more information or to support the Panzo Family in mission, please visit:  The Great Commission Society.