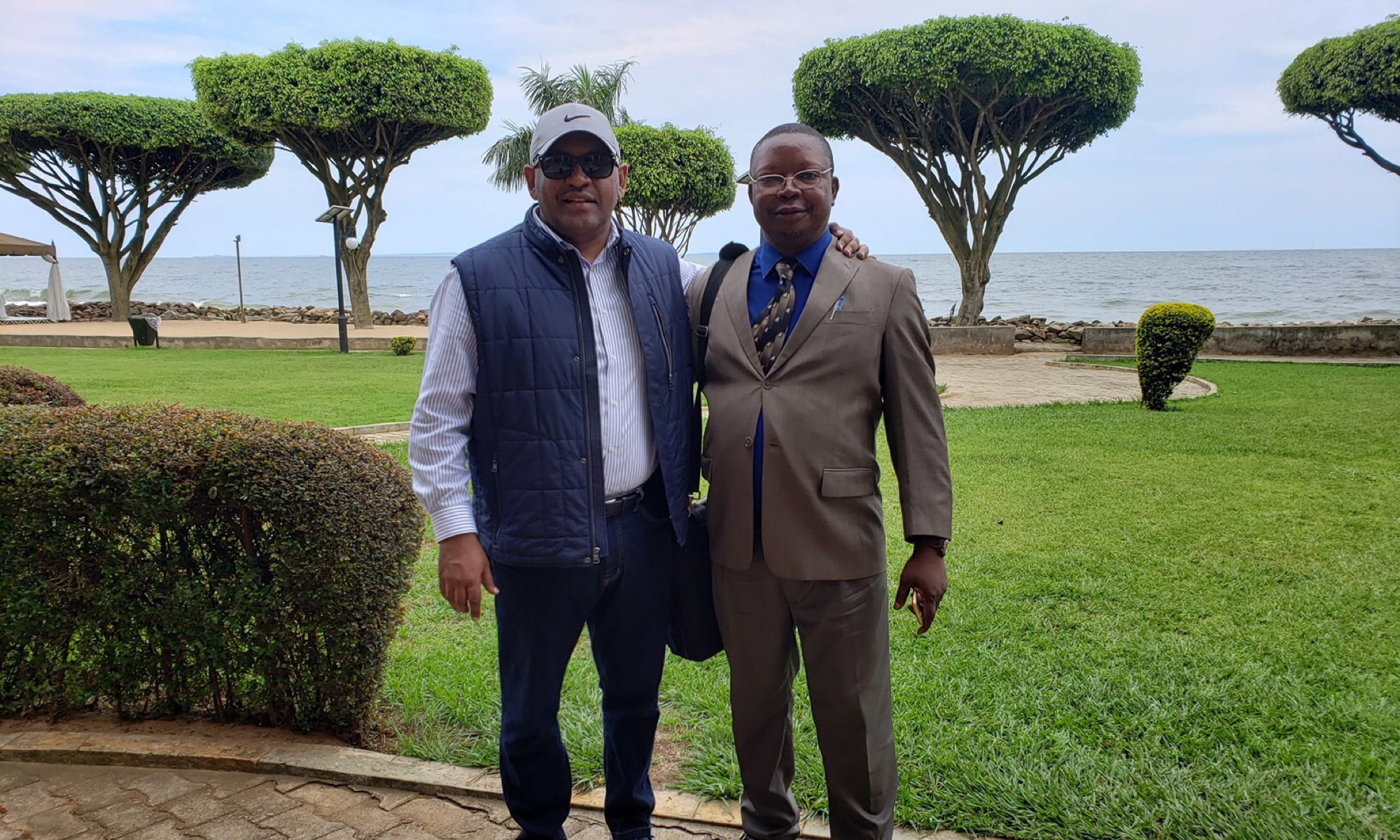 Seeds on the Ground

When a farmer plants seeds in the ground, he does not know what to expect: the seeds might sprout to produce a crop, or they may die. During the visit of Rev. Dr. Paul Gossman, World Mission Prayer League executive director and sister Gloria Suck, our colleague missionary in Kenya, we visited Stanley Baoba and the Port of Boma. In the port, we were well received by Christian workers and they invited us to visit one of their offices. We went to learn about what it is like to be a Christian working at the port, where no salary is paid for over ten months. As the officer asked us to pray, Paul prayed that the place where we sat may turn into a place where people or colleagues of the company may be strengthened as they seek God’s comfort in their suffering. Today the offices are a place of prayer for many Christian who work at the port. Some even come to discover and receive Jesus as their Savior. Now, they are growing in number as the port director gave them a larger room where they may spend their prayer time, which they call “One Hour for Jesus.” Also, the group wants to explore the possibility of beginning a seafarer ministry at that port. If someone has experience with seafarer ministries, please share for the benefit of the group and for God’s glory.

Azimack is a young, married farmer with three children. He used to feed his family from his farming income. A few weeks back, Azimack changed his behavior and became a heavy drinker. He didn’t care about his family and argued with his wife every day. Azimack told no one of what was going on in his life. On Saturday, March 23, Azimack again changed his way of living. He became happier, receptive and began talking again with his wife, kids and others. It turns out he had a plan to commit suicide by distracting everyone. He was found dead that evening inside the bedroom of his wife’s parents. Please pray for his wife and kids.

The city of Boma and its surrounding areas suffered a hot season of 40⁰ C (104⁰ F) during December and January. All the plants withered and died. Farmers are complaining that they are unable to harvest enough to feed their family and to generate income. We are encouraging them to rely on God, the one who can answer their “Why?” Please pray for them.

During the month of March, it rained a lot between two territories (Lukula and Tshela). That rain caused the deterioration of the road Boma-Tshela. It now takes two days to travel a distance of 120 km (72 miles). This is the road I use every week to go teach at the theological school in Tshela. Two times we stopped and could not pass because of a car that was stuck in the mud. Traveling to Tshela requires dedication and sacrifice. Pray for the DRC government to organize the infrastructure of the country.

The women of CELCCO (Confessional Lutheran) and EELCO (Evangelical Lutheran) gathered for a convention organized by the women’s regional office of CELCCO. The main theme of the convention was based on the book of Esther, chapter five. They encouraged all women to play the role of intercessor — asking for God’s favor for the situation that the DRC is facing. There also was a day that women spoke out against domestic violence, sexual abuse and injustice. Mrs. Elisee, who faced domestic violence for many years, recovered from trauma through our counseling program and was honored during the convention as a warrior woman. At the end of the convention, we celebrated her marriage to Mr. Jose. Let us wish them peace and blessings.

– Pray for the port ministry.

– Pray for the DRC government and peace in the country.

– Pray for God’s provision for mission and outreach.

– Pray that farmers may harvest well next season.

– Praise God for the life of Elisee and her husband Mayela.

For additional information or to learn how you can partner with the Panzo Family in mission, please visit: The Great Commission Society.