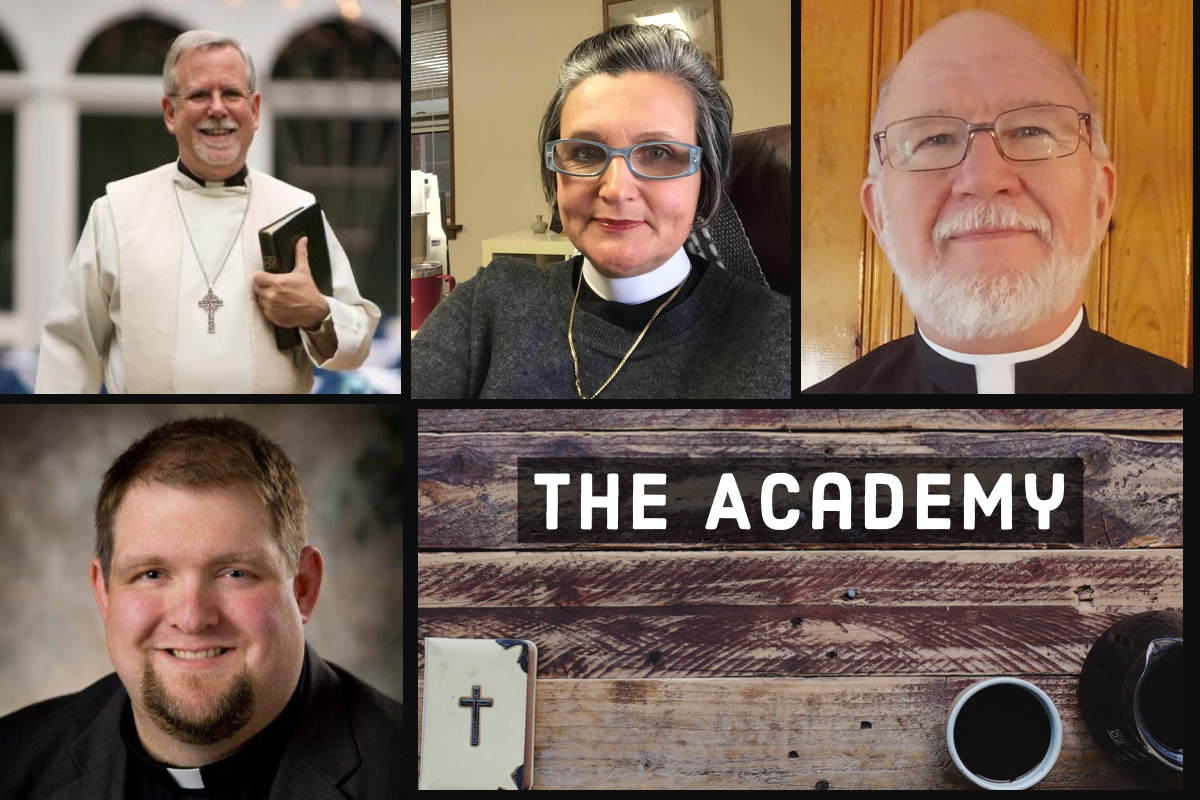 The NALC is committed to the renewal of all our congregations, working to develop and deliver resources that challenge and open the NALC to the work of the Holy Spirit in our ministry and mission.

Bishop John Bradosky writes: “Instead of talking about the process of discipleship, we would like to examine the context of discipleship.  What is the nature of Christian community that nurtures people as faithful followers of Jesus, equips them to reach others with the Gospel of Jesus and provides for their growth and development as disciples of Jesus?  Following the amazing miracle of Pentecost, Peter’s bold preaching, explaining who Jesus is and what He has done for them and the transformation of more than 3,000 people who came to faith in Jesus we read these important words about the formation of the community that was able to sustain and grow the Church, the body of Christ.”*

They devoted themselves to the apostles’ teaching and to the fellowship, to the breaking of bread and to prayer. Everyone was filled with awe, and many wonders and miraculous signs were done by the apostles. All the believers were together and had everything in common. Selling their possessions and goods, they gave to anyone as he had need. Every day they continued to meet together in the temple courts. They broke bread in their homes and ate together with glad and sincere hearts, praising God and enjoying the favor of all the people. And the Lord added to their number daily those who were being saved. – Acts 2:42-47

Join us for April’s session of The Academy.  Pastor Tony Ede will host Pastor Dave Keener, Pastor Heidi Punt, and Pastor Preston Foster on Tuesday, April 6th at 11:00 AM EDT. Join us on social media: Facebook Live or register at: The Academy – April 2020.

We will continue to take the next steps in the vision Bishop Bradosky laid out for Life-To-Life Discipleship and mission, as well as dive headlong into Acts 2:42-47. The month of April will focus on the key point found in Acts 2:46-47: “And day by day, attending the temple together and breaking bread in their homes, they received their food with glad and generous hearts, praising God and having favor with all the people. And the Lord added to their number day by day those who were being saved.”  The world was watching how they lived and treated one another, and Christian community became a witness that captivated many others.  The way they lived in community with each other drew people to Christ.   And so we ask, what is our witness to others? Do they sense bitterness and anger, resentment and our resistance to reconciliation with Christ and one another?

Pastor Tony Ede graduated from Waldorf College, where he earned an associate of arts in electronic communications and a bachelor of arts in multimedia communications. Graduating from Luther Seminary in 2006, Tony worked as a graduate teaching assistant in the homiletics department, helping to teach classes on using media and technology in worship and preaching.  Pastor Ede has served at Bethany Lutheran Churches in the Danish Village of Kimballton, Iowa; as the teaching pastor at Trinity Lutheran in Webster City, Iowa; and currently serves as the senior pastor at First Evangelical Lutheran in Manchester, Iowa. As part of his commitment to lifelong learning, Tony earned an MBA in 2017 from Upper Iowa University in Fayette, Iowa, with a concentration in organizational development. Following a long family tradition, Tony is a nationally certified firefighter and EMT and has used these skills to serve in the community, as well as in disaster response statewide. Tony was married to LeAnn at Trinity Lutheran Church, New Hampton, Iowa, on August 17th, 2002. They have three sons that keep them busy: Carver, Liam and Burke.

Pastor Dave Keener was called to pastor Christ the King Lutheran in 1996 after serving a southeastern Michigan congregation for 11 years. Pastor Keener has also been involved in the greater work of the North American Lutheran Church – serving overseas in Ethiopia, as the chair of the Renewal Team, coordinating the NALC Mission Festival, and now serving on the NALC’s Life-To-Life Discipleship Team. His passion is preaching and teaching people about the love of God in Jesus Christ.  He and his wife, Joyce, have three grown children and two grandchildren.  Pastor Dave loves to read, travel, and show pictures of his grandchildren, and not necessarily in that order.

The Rev. Heidi Punt was born and raised in South Africa. She completed all her formal studies in South Africa, majoring in missiology and New Testament studies at the University of South Africa and the Lutheran House of Studies. Pastor Punt accepted the call to serve in the USA about 20 years ago and began her ministry in Illinois. In 2013, God led her and her family to North Carolina, where she currently serves Union Lutheran Church. Pastor Heidi also serves as a Global Worker with SMI Haiti. As Pastor Heidi embraces her call, she shares: “Mission on the local, national and international level has always been central to my call as pastor. The Great Commission ‘to go into the all world, teach, baptize…’ (Matthew 28) is not just theoretical or theological to me. It is where the rubber hits the road! It is where discipleship and biblical authority becomes tangible and real!”

Pastor Preston is blessed with a wonderful wife of 25 years, Leesa, a church secretary and administrator in Metropolis, IL. They are blessed with one daughter, Kristin, an AMTA Board Certified Music Therapist practicing in Indianapolis, Indiana. They are blessed every day by two indoor rescued cats and a rescued terrier. He is an “aging graying folkie” — old hand banjo and guitar player and singer. His treasure and joy is to share the love of God in Jesus Christ in conversation and daily living!