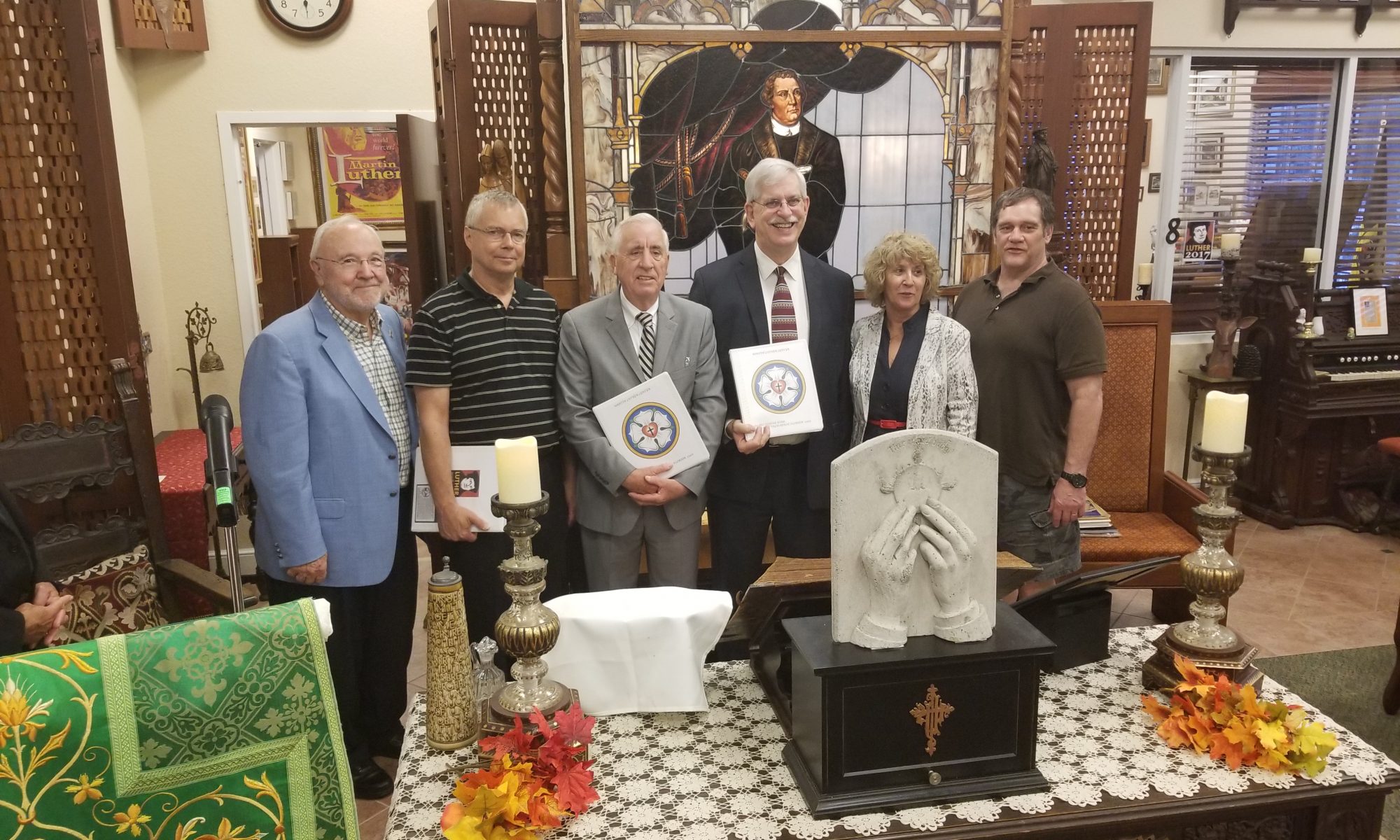 Many people are observing the 500th anniversary of the Reformation in 2017, but Pastor Paul Arnold may be outdoing them all.

The pastor of First Evangelical Lutheran Church of West Palm Beach, Florida, has been collecting Reformation memorabilia for many years. He is now sharing his extensive collection with visitors to the Martin Luther Center created by his congregation.

“It’s an informational place letting people know who Martin Luther was and what he did within the Church,” he said. “The center is arranged chronologically. It’s a visual experience.”

Pastor Arnold described the center as “kind of a show and tell for adults,” on a YouTube video about the center.

Pastor Arnold’s collection started with a Luther medal from the 1933 World’s Fair in Chicago that he was given 40 years ago. It expanded to more medals, then to postcards, German money, and stamps. His collection now includes eight stained glass windows, 1,500 framed pictures, 2,700 books, 30 movies, and 200 compact discs on Luther, the Reformation, and related matters.

“It’s got to be one of the biggest collections in the United States,” Pastor Arnold said.

“There’s also some really fun stuff,” he said. “I like that the Germans don’t always take Luther so seriously.” Some of the “fun stuff” includes snuff boxes and rubber ducks.

The Martin Luther Center is housed in a 3,700square-foot building previously used by three different banks and given to the congregation in 2015 when the last bank closed. Pastor Arnold’s collection was previously stored in four garages.

Pastor Arnold said that Martin Luther needs to be remembered “because of his stand on Scripture, because he changed the Christian Church … and his role in providing a foundation for the German language. There also wouldn’t be much congregational singing without Luther.”

Oct. 31, 1517 — when Martin Luther posted his 95 Theses on the door of the Castle Church in Wittenberg, Germany — is usually considered the start of the Reformation. 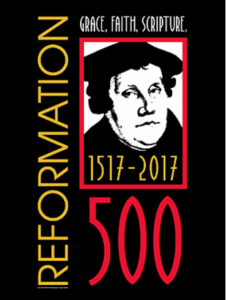 The Reformation anniversary has brought a lot of extra attention to the Martin Luther Center and Pastor Arnold’s collection. “People who aren’t Lutheran don’t know very much about Martin Luther,” he said.

The center hosts special events and speakers and offers a worship service on Wednesdays at noon. They will be offering a Reformation service and featuring a different Martin Luther movie each day during Reformation week Oct. 29-Nov. 4.

To schedule an appointment to visit the Martin Luther Center, contact Pastor Arnold

“I encourage you to visit and enjoy one of the many tours of the facility by Pastor Paul Arnold. It is the largest collection of Luther related museum pieces and memorabilia I have seen in the United States,” said NALC Bishop John Bradosky. “Pastor Arnold will help you to gain a more thorough understanding of Luther’s life, his faith, and his legacy of leading the Reformation. During this year of commemorating the 500th anniversary of the Reformation, this should be your destination if you can’t make it to Germany. Come and spend a day at the Luther Center.”