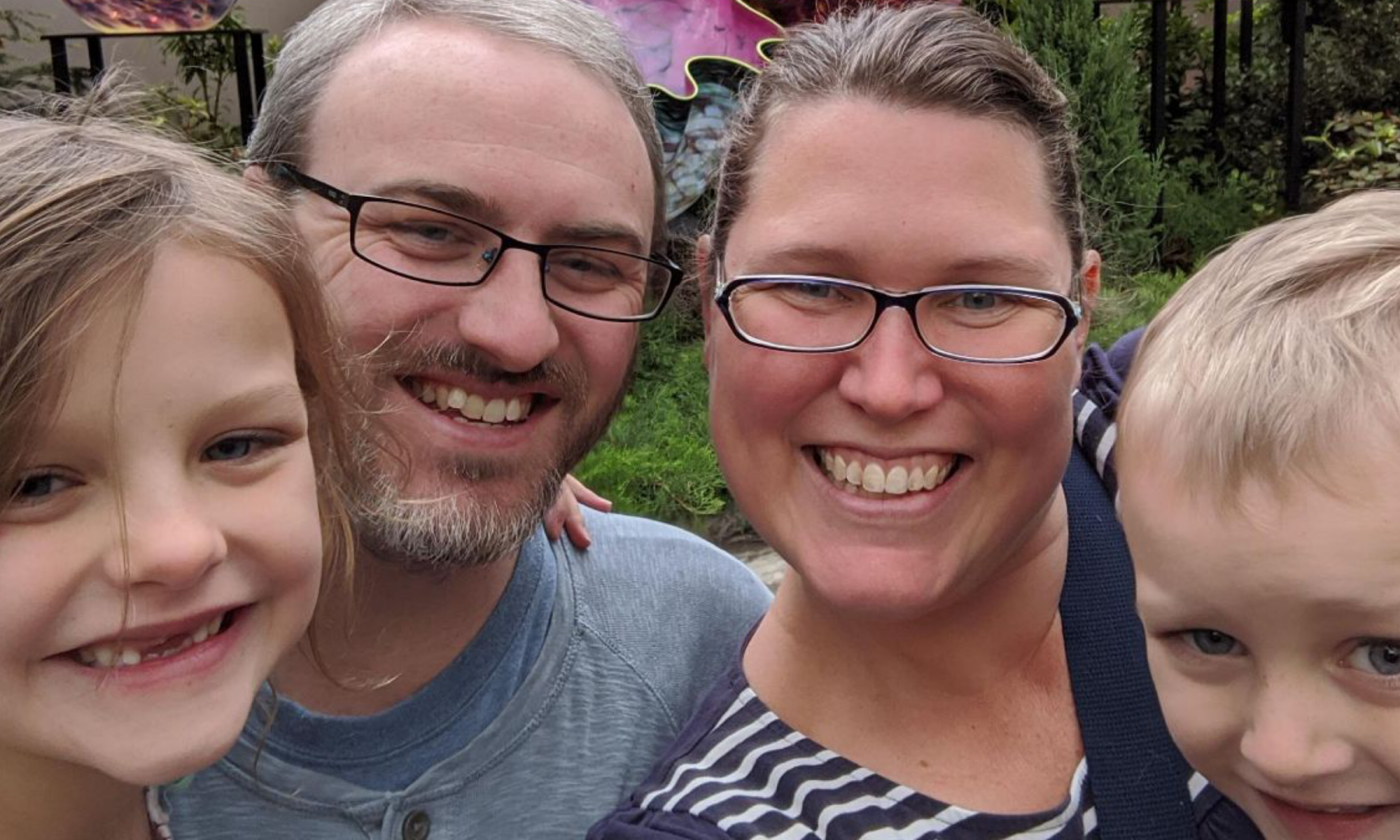 Many people are working from home these days, but it took on a whole new meaning for us this year. In March, our administration in Tanzania asked all of the ex-pat workers to return to their home countries due to the threat of covid-19. This was in part due to the limited medical care options in the country, and partly because flights were being closed in and out of the country, so there would be no way to travel in the case of an emergency.

This was especially difficult for us since we had only returned to Tanzania 5 weeks earlier, after being in the US for several months. Here in Ohio, we initially stayed with family, and have now found a place to rent. Stephen has been working with the team remotely. But even months later, we’re still not sure what God has planned. We’re looking into possible options of continuing to work remotely and/or taking on different roles.

What we can say is that we’ve been surprised by how much we’ve been able to accomplish while working remotely. As the virus was slowly spreading in Tanzania, the office there in Mbeya was shut to help prevent the spread, and the translators were faced with having to work from home. Some of the translators had only recently gotten electricity to their homes, so the idea of working via Skype/Zoom seemed like a huge challenge. But it has actually worked quite well. The mobile internet in the villages was even more reliable than the electricity, and we have rarely had a day where we couldn’t meet together, and see and hear each other clearly.

One of the biggest challenges is the time difference. I usually start at 7 am (2 pm Tanzania time) and work with the translators for 2-3 hours. Then we carry on with other things independently the rest of the time (my afternoon, their morning). Paratext, the program we use to translate allows us to send each other notes, and to sync any changes to the text. With screen sharing, I can see any changes being made just as well as if I were there in person.

For years we’ve been talking about and working toward a future in which our Tanzanian colleagues can work more independently. The events of this year have thrust that independence upon them. And it has been a struggle. But we continue to seek God’s guidance, and we’re hopeful that he will help the team and help us as we wait to see what the future brings.

Our family has been through so much transition and change in the last year and a half, including moving to a new place seven different times! However, through all this change, we know God has been with us at every step. We can see that our kids especially have been affected by all the change, but they’ve really handled it well, and we thank God for that.

One thing that has actually been consistent for our kids is our homeschooling program. This has helped us in establishing routines, and we have a lot of fun with our school time too (most of the time!), especially with presentations and field trips. Hope is working on 2nd-grade school work, and Scott is doing preschool. We are focusing on the geology and cultures of the world this year! We recently went on a field trip to visit the Ohio Caverns and learn the difference between stalagmites and stalactites.

I’ve probably talked about it a lot in our updates, but a really critical part of translating the Scriptures is testing them with the community. One way we do that is through Reviewers. This is a group of Bungu speakers who can give us feedback on all sorts of things: How they understand what we’ve written, whether we’ve chosen the right words, if anything doesn’t sound quite right, etc. This is one of the final steps before we prepare the book for printing.

In August, the translators traveled to Mkwajuni to meet with the Reviewers and other community members to test a bunch of books: the second half of Luke, 1& 2 Timothy, Titus, Philemon, James and the first half of Acts. Besides our normal testing, one thing they were really focusing on this time is specific keyterms. Here are a couple of the keyterms they were looking at:

In the early church, Christians often referred to one another as ‘Brother’, and this is something that is still done today in certain communities to convey a closeness or shared identity. In Bungu, there is no generic term for brother, but separate terms for older and younger brothers. In Swahili, the word ndugu (relative) conveys the right closeness of relation and is used in a similar way that brotheris used in English. So, we had to test whether the Bungu equivalent could be used in the same way. Unfortunately there is not just one form of this Bungu word because it is a sort of compound word. When spoken to someone, it is Wanawɨtʉ (plural), and Mwanɨtʉ (singular). But when used about someone, it can be ʉwananane, ʉmwanakwe, or many other forms.

The reviewers did seem pleased to use this word, but they confirmed that there could be confusion for readers, since the word normally refers to literal relatives, and is not frequently used for Christian brethren. So it was decided that in certain books, the first time the word is used it would be in a phrase such as ‘Brothers in Christ’, and after that just ‘Brothers’. In Bungu and many other Bantu languages, this term is gender-neutral, so it can easily refer to all Christian brethren without issue.

In the New Testament period, elders (meaning bishops or overseers) were the older or wiser ones entrusted with leadership in those early churches. It seems that later the term bishop became more formalized and was applied to those who would oversee many churches. So not only do we have to find the correct term in Bungu, but we also have to deal with how the term has been affected by history and people’s experience.
We found that the general term for elders (achikʉlʉ) worked in many contexts, but in other cases it would cause people to think of the community elders, and not necessarily of elders of the church, and only referred to older people. We could have borrowed the Swahili term for bishop (askofu), but that also ran the risk of confusing people who had different conceptions of the roles of those early elders vs. those of modern bishops. We also try to avoid using Swahili words when native Bungu words are available. The Reviewers helped us to decide that the term for supervisor or overseer (awimɨlɨzi) worked better.

In English, Deacons is often translated as servants but is left as ‘deacon’ when it obviously refers to a role in the church. These were the people who helped with many of the practical aspects of the church, helping with church services, visiting the sick and poor, etc. Here, the term achɨlongeloseems like a good equivalent, but there was some concern that readers would not be able to connect this to a role in the church. The reviewers decided that the phrase Achɨlongelo wene ˆwakwavwa awimɨlɨzi (the deacons who help the elders/overseers) was best in 1 Tim 3:8. This is a keyterm which we will need to continue to test, and possibly revise before the New Testament is printed. Not only are we dealing with choosing the right words, but the community also needs time to start using these terms in Bungu, so that we can see how language usage among the Bungu might adapt to or inform our translation.