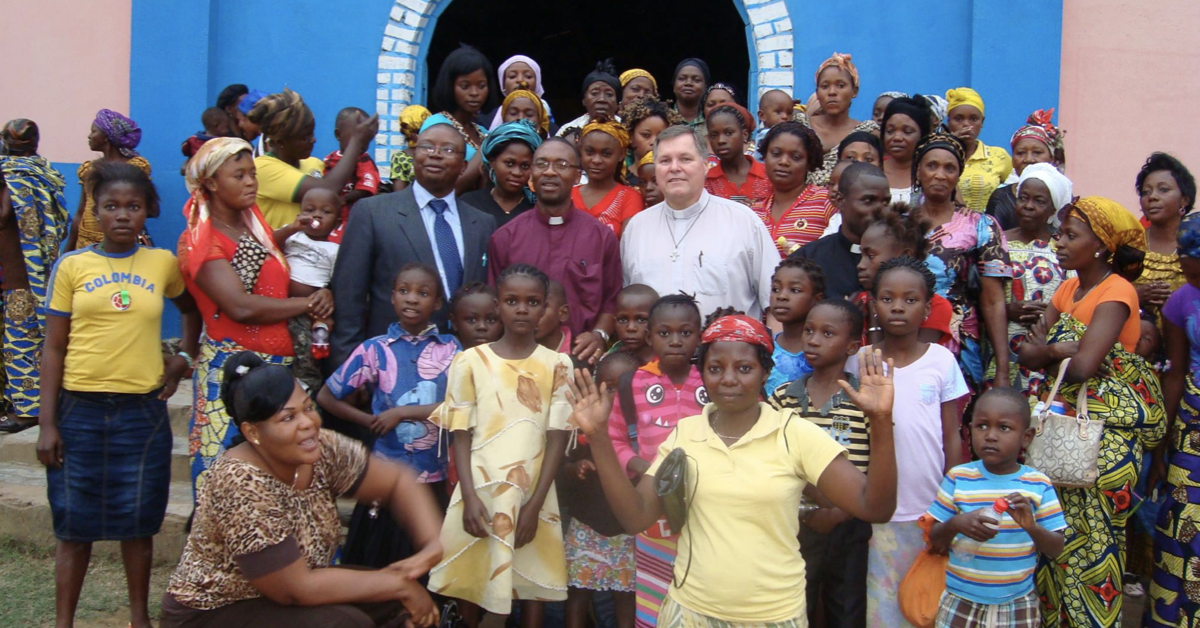 “You yourselves like living stones are being built up as a spiritual house, to be a holy priesthood, to offer spiritual sacrifices acceptable to God through Jesus Christ.” – 1 Peter 2:5

Dr. William Obaga, the Regional Director for Africa, serving with the World Mission Prayer League shares that Didi and Serafina were commissioned in 2015 to serve in Congo. Upon arrival in early 2016, the Panzos began to forge a relationship with the Confessional Lutheran Church in Congo (CELCCO).

Dr. Obaga has visited the Panzos in the Congo each year since 2017 and witnessed firsthand the Panzo Family’s multilayered involvements. While you have heard the focus areas described by the Panzo Family, Dr. Obaga wished to highlight their relationship with CELCCO.

Growing quickly from humble beginnings, similar to the NALC, this confessional Lutheran church body is truly discipleship focused and mission driven. While Pastor Didi and others serve in the DRC, through their work, the NALC is just as blessed as we have much to learn from our brothers and sisters. One of the World Mission Prayer League’s end policies (key vision component) is to participate in leadership training in conjunction with the churches, such as the CELCCO. This is an indigenous Lutheran church body that is growing rapidly, and we happen to be the only foreign partners with It.

One incredible testimony that comes from our brothers and sisters is the Lutheran theological college that was founded in 2016, just as the Panzos arrived in Congo. The need for professors to teach the large number of students that enrolled came to Pastor Didi’s attention, and he has since been one of the key pillars for the institution.

Pastor Didi joined the faculty later in 2016 and has been part of its story. Theological lectures were being offered in the church sanctuary at Tshela when Dr. Obaga first visited in 2017.

Later in 2017, the church constructed a tiny elementary school adjacent to the church. The school’s modest and tiny classrooms became an asset to the theological school. The classes were moved from the church sanctuary to these classrooms. However, the classroom space could not adequately accommodate the large classes. In any case, there was no place at the church compound or resources to establish a library—a vital component of a higher learning institution.

Consequently, the church started the construction of the theological college on its 20-acre piece of property nearby. It is essential for them to utilize local labor, skills, and resources. This helps the local economy and provides an opportunity to share the Good News. Dr. Obaga shares that it’s also helpful because the state of the general population is very poor, so they do not have many additional finances to offer to help build the facility. Through Pastor Didi’s involvement as a faculty member, a donation has contributed substantially to the recent completion of the dormitory—the first of the buildings at the site that will be named in honor of Bishop Emeritus John Bradosky.

But what’s more remarkable is to hear the story of the stones that laid the foundation for the theological school. Each family in local congregations was gathered together as these projects were announced. As Pastor Didi and others shared plans – each family was asked to take part. The foundation was laid because each family toiled to prepare several bricks. Bricks created by hard work and hands. And then in a day of celebration, all of the bricks were gathered from families across congregations to lay the foundation, with Christ Jesus as the chief cornerstone.

Pastor Didi Panzo is a Global Worker serving through the World Mission Prayer League. Pastor Didi and his family returned for home assignment, just prior to the global pandemic. They continue to reside in Minneapolis, working with WMPL. COVID-19 has had a devastating effect in the DRC and the CELCCO. Continued prayer requests will be shared. To partner, with WMPL serving as the fiscal agent, please click here and simply note “DRC” or “CELCCO” in the comments: WMPL Partnership.